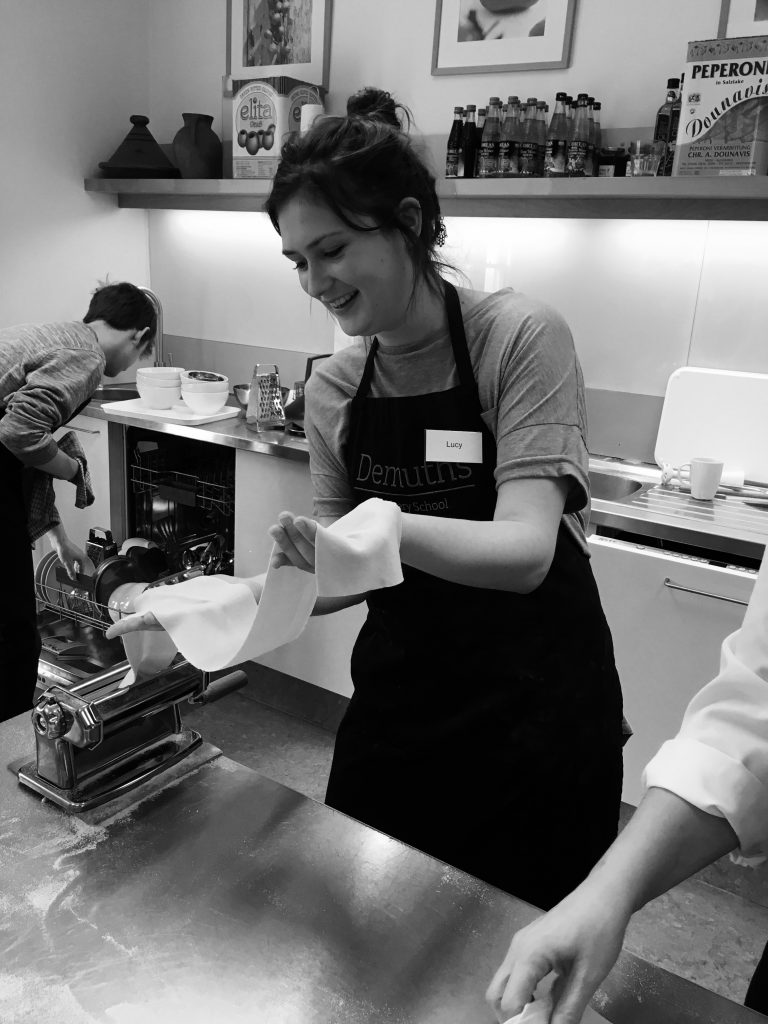 A year on from Demuths – Vegan Diploma review

I attended Demuths Vegan Diploma back in 2017 at the very start of my vegan chef journey. The diploma helped me in so many ways, find out how!

In February 2017, I attended the two week Vegan Diploma at Demuths Cookery School in Bath and I feel that this anniversary calls for a review! With it being a year on, I can now look back and consider how this diploma affected me and helped me get to where I am today.

I want to begin by thanking Rachel Demuth, Lydia Downey and Helen Lawrence for teaching me over those two weeks and also for their continued support over the past year. You can truly feel the passion they have for their jobs and see that they want to impart their knowledge to their pupils.

At the beginning of the course, we all gathered around a table for coffee and biscuits to meet everyone and discuss the week ahead. It was a great opportunity to get talking with the rest of the group – there were 8 of us in total, so the classes felt very personal. We were given recipe sheets that we would use throughout the day and file away to keep at the end? – I still heavily rely on this folder, it’s like a bible for cooking instructions and recipes.

When we got in the kitchen we began by covering the basics, the same way you would begin at a catering college. We were put in different pairs each day and the atmosphere soon became relaxed and open, everyone had a good laugh and shared personal experience and knowledge with each other. The crowd was mixed: there were some vegan and some not, a few people worked in the industry and others just had an interest in food. This was great, as we had a lot to learn from each other!

Each day we made a few recipes, which we would then photograph (most of us started Instagram accounts on the spot – a great way to start your online portfolio with plenty of food there to capture) and then we would eat it all for lunch! This was a great routine, because it gave us time to discuss the food and discover the differences in each other’s palettes. It was amazing to see how one recipe could generate such a variety of dishes. We would then get back into the kitchen to cook more food, which we would eat for dinner and were then often loaded up with food to take away with us.

Every morning we started the same: with coffee and biscuits and a brief overview. Then we would begin more cooking. It was the perfect balance of cooking, tasting, photography and socialising. Some evenings a group of us would go to the pub afterwards and I have since stayed in contact with a few of them – it is lovely to have made contacts for life, plus a few more Instagram feeds to drool over!

We used many different methods of cooking and I found one of the most interesting (and tasty) parts was deep frying handmade pasta sheets – YUM!

At the weekend we had a break, so we were ready and rested to start again on the Monday. I went back to work in Sheffield for two days at Burgerlolz (my first proper kitchen job), so for me it really was a food packed couple of weeks! Even after the first week, I instantly felt more knowledgable on food and cooking and I also had a new found confidence in the kitchen. I have learnt certain skills and tips that will stay with me throughout my career!

The second week began and we were all showing off our new skills. The kitchen felt calmer, the cooking smoother.

On the last day of the diploma, our pair work ended and we were given a bunch of recipes to cook by ourselves. The teachers were supervising us throughout the day to examine how we were now working and the results were amazing:

The judging session at the end was great, we all sat around a table with our dishes and these were then shared between the judges. They provided each of us with positive and constructive feedback and to see them enjoy our food was amazing, it left us all on a massive high. To top it all off, we got given our certificates along with a glass of bubbly!

It was quite a shock when we had to return to reality, I absolutely loved the cookery school bubble that I lived in for those two weeks. I learnt so much, about cooking styles, my own palette, handy tips, different cuisines, baking, fermenting, plating food, food photography…the list is endless!

What I loved at Demuths

Personally, I found the most shocking part (and so probably the best) was how much I fell in love with kimchi – I now always have a batch on the go. It is amazingly addictive and can be eaten with everything. Think kimchi toasties, kimchi noodles, kimchi mac and cheese! Everything!

A reflection on the vegan diploma

Now it is time to reflect on those two weeks, from where I am a year on. Whilst we were there, we were told to fill out a letter to ourselves that would be sent in half a year’s time. In this letter we had to answer a series of questions about where we thought we would be/would want to be in 6 months.

On receiving my letter 6 months ago I was quite shocked by what I wrote and where I was. By this point I had worked at The Real Junk Food Project as a Cafe Manager and had also catered for big events, including a wedding. Furthermore, it was around this time that I was leaving Sheffield to start my new job in London as a Chef de Partie at a new vegan restaurant opening up in Chelsea – Wulf and Lamb.

What I wrote in this letter was slightly different from where I was. I wanted to have my own business, or at least a plan for my own. Instead, I had decided it was better to learn the restaurant trade. When I was at Demuths I had gotten ahead of myself, thinking my own business venture could happen straight away, but I believe I have benefitted from learning the trade first.

Now, another 6 months on, I am going through another significant change. I am in a new job, but working part-time, as I believe it is time to work on myself. I am going to begin small: with this blog and by starting my own supper clubs. My own vegan business is still a dream, but it’s now that bit closer. I am not even sure what my business will be, as I have various interests in food: fine dining, development, food waste, etc. But whatever I end up doing, Demuths helped me to realise my goals and my abilities. I am exactly where I want to be and I am flourishing.

I look forward to reflecting again in another year. I am tempted to use Demuths’ trick and to send myself a letter in 6 months with my current goals and ideas of where I want to be. It proves a useful tool in motivating yourself and finding out what it is you want. I don’t believe strictly specific goals are the way forward anymore, but I definitely know that they have set me on the right path.

Once again, a big thank you to the team at Demuths Cookery School. It was an incredible experience and I would truly love to one day return for the Advanced Vegan Diploma. Who knows where my life may lead now?!

Start your own journey at Demuths Cookery School

You can find more details on Demuths Cookery School here. I highly recommend any of their courses. I have also attended a day course, which was great fun!

If you just want recipe inspiration then check out the recipe section of their website – I frequent this section as they have a wide range of dishes that reflect the multiple styles of cooking each tutor has. 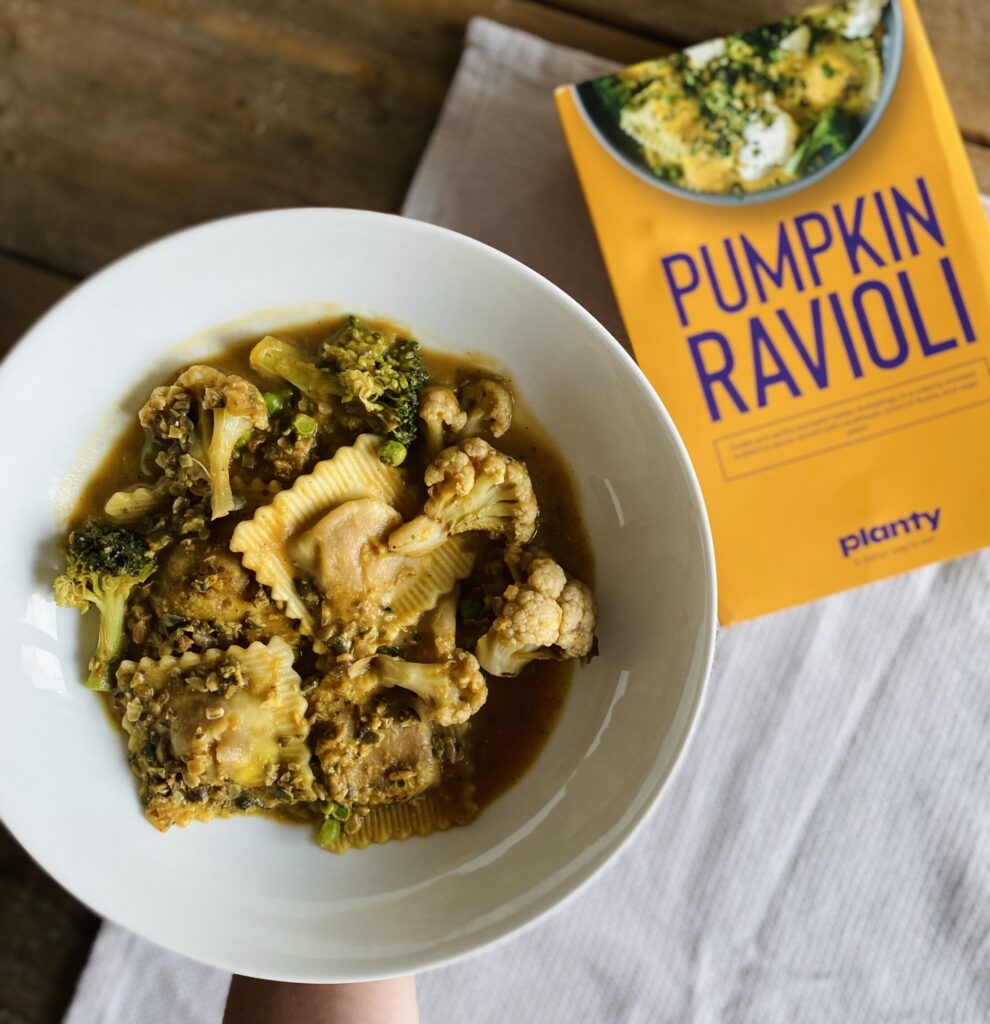 An honest Planty review – are their meals worth buying? 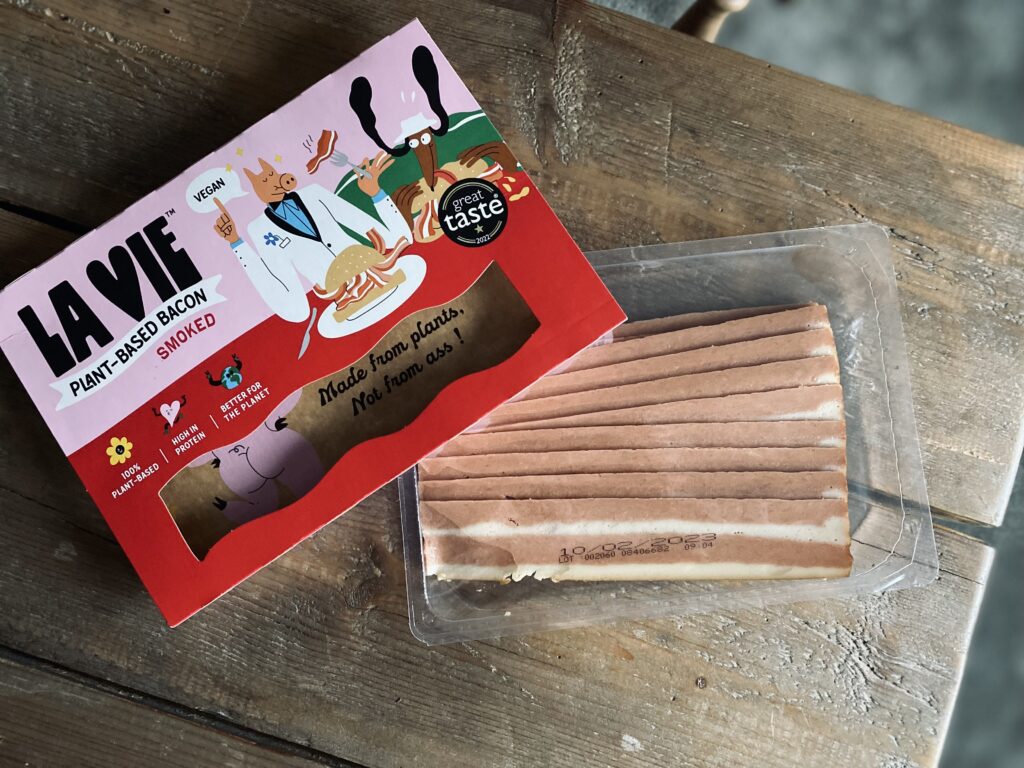