I have a slight obsession with kimchi nowadays (OK… it’s a full-on love affair), but the idea of eating fermented cabbage didn’t always hold the same appeal!

Kimchi is a traditional Korean side dish that is served alongside most Korean dishes and meals. Kimchi has a strong flavour and many are put off just by the smell. But it is a great staple to any diet as fermented foods are great for the gut!

What is Kimchi made of?

Kimchi is made by fermenting vegetables with gochugang chilli. The most famous form of kimchi is made using napa cabbage, but you can also get variants like garlic kimchi, or carrot kimchi.

Mix it up! I urge you to get inventive and try different things.

It was during my vegan diploma at Demuths Cookery School that I changed my mind about kimchi; it was one of the first things that we made on the course and over the two weeks, I gradually became more and more addicted to it – I decided that kimchi must be some sort of drug!

More recently, I have really enjoyed playing around with the Demuth’s recipe.

I began with a Moroccan style kimchi (using rose harissa instead of the Korean chilli flakes) which was super yummy!

But since I lived in Vietnam,

Can you think of any other good kimchi fusion ideas? Add them into the comments below!

What is Vietnamese Kimchi?

Vietnamese Kimchi is my take on the traditional Korean Kimchi, using vegetables and flavourings which are common in Vietnamese cuisine. Most Asian countries are accustomed to eating fermented vegetables, so you will find many kimchiesque jars and pickles fermenting away in their houses. Also, the Vietnamese are big fans of Korean cuisine, so you will find them eating Kimchi regularly.

So, why really make a Vietnamese Kimchi?

I spent a lot of time in Vietnam and also have visited South Korea, I love both cuisines and I felt they’d fuse pretty well!

I have been making kimchi since Demuths Diploma (see above!) so already had a lotta love for it. So it only seemed right to continue adding more and more love to it.

I have experimented with many of the local Vietnamese ingredients and when bringing the two cuisines together in a bit of an experiment, I came up with a nicely balanced Vegan Vietnamese Kimchi that can just be eaten straight out of the jar!

This is why I thought it necessary to provide my own take on a mix of the two cuisines! Thus a Vietnamese Kimchi was born.

To be honest, you can change the ingredients around in Kimchi as much as you want! Make your own vegan fusion kimchi – but don’t forget to tell me about it!

What is ‘Vegan’ Kimchi?

Traditionally, Kimchi is made using fish sauce, or other fish-based ingredients. So if you are a vegan travelling through Korea, be wary of the Kimchi they serve you, I’ll bet on it being non-vegan! Make sure to eat in vegan-friendly establishments if you want to try Vegan Kimchi.

Just because the traditional recipe has fish sauce in it, doesn’t mean that vegans have to miss out. I started playing around with alternatives ingredients to try achieve that fishiness. If you so desire, you can add in nori flakes, or like in my recipe, you can use a vegan fish sauce – very popular in Vietnam (Nước chấm chay).

Vegan kimchi is tangy and spicy. It really packs a punch – so be careful!

A non-vegan kimchi may have a more fishy sourness to it because they use fish sauce. But you can definitely still achieve such depth with vegan kimchi by using a vegan fish sauce, miso paste, or trial out using a dried shiitake mushroom broth instead. Even give seaweed a go!

But if you are anything like me, the fishy sourness was never much of an appeal. Although all the above would definitely bring lovely umami to the kimchi.

This Vegan Vietnamese Kimchi has a slightly lighter more aromatic and sweeter balance to it, due to the Vietnamese influence with the lemongrass and pineapple.

Is Vegan Kimchi good for you?

Kimchi is a fermented food that is full of healthy bacteria which is good for the gut! Luckily for vegans, it has been proven that vegan kimchi, once fermented also shares all the same awesome gut-friendly bacteria as a non-vegan version.

It is worth noting thought that if you cook kimchi you may risk cooking off the gut-friendly bacteria. Try eating it as it is for the most health benefits!

What can you eat vegan kimchi with?

If you are eating the kimchi raw, I recommend eating it as a side dish to most Asian rice dishes, or mixed into a cold noodle salad.

If you are cooking the kimchi, try it in a fried rice dish, or in vegan kimchi pancakes (made using mung beans). 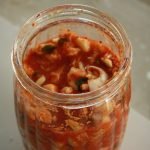 Top Tip! If you don’t like waiting for your kimchi to ferment make sure you always have a new batch on the go to keep yourself covered for any future kimchi needs!

The only gooey vegan brownie recipe you need 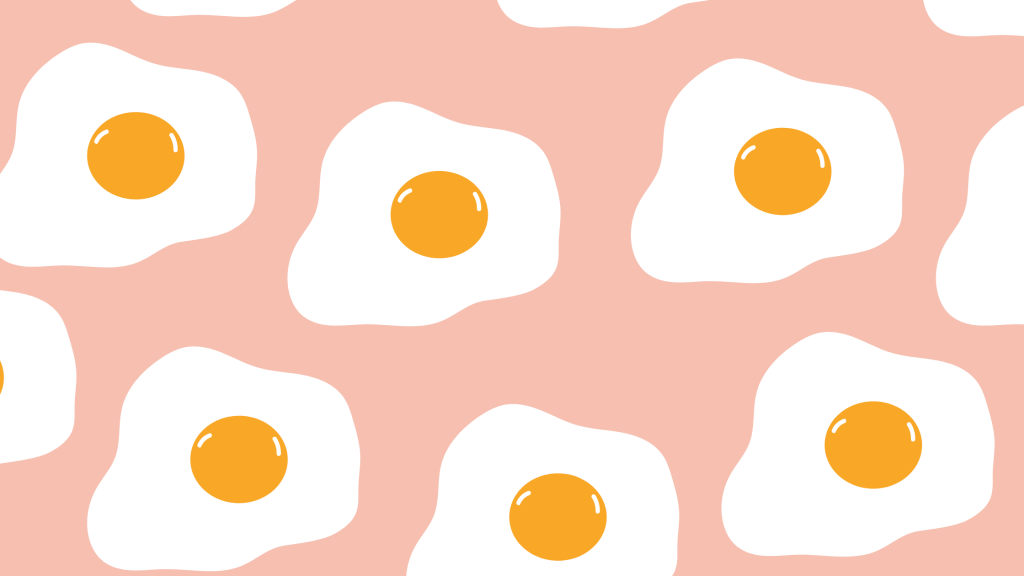 This website uses cookies, nope not the tasty edible kind. These are those clever virtual ones that help us to create a better experience for you whilst browsing our website.