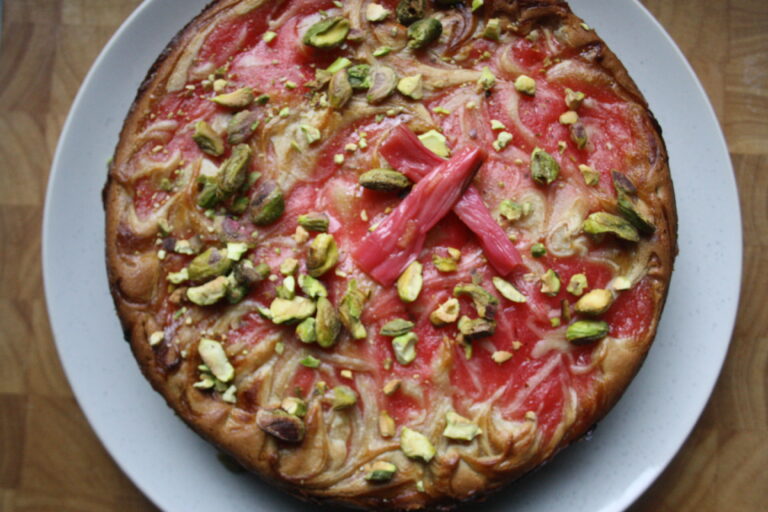 A good cheesecake has a creamy body and a crunchy buttery biscuit base and we all know that nowadays we do not need dairy products to produce this effect.

However, I have tried many vegan cheesecakes and have found them to be lacking in indulgence.

So, I decided it was time to master my own vegan cheesecake recipe.

I am not a believer in coconut cream on top of a healthy base of crushed nuts and seeds as a suitable alternative, sometimes sugar is necessary.

I experimented a lot with no-bake cheesecakes and all I found was that they still tasted slightly lacklustre. Raw vegan food just tastes, well, raw.

That was before I remembered my lack of enthusiasm towards no-bake cheesecakes before I went vegan, but baked cheesecakes…now they were the ones I used to adore.

They had a certain cakeyness to them, with crispy edges and a soft and creamy centre. I thought I would give it a shot and after baking this cheesecake for the first time, I will never look back.

So, you won’t be finding any ‘healthy’ wholesome ingredients here. This is a cheesecake that can stand up against a non-vegan cheesecake. A like-for-like replacement.

Many vegan cheesecake recipes rely too heavily on coconut oil and end up tasting like, guess what, coconut. Which is fine if you are going for those tropical vegan flavours.

However, I desire a vegan cheesecake that resembles the real thing. Creamy, vanilla-ry, with an extra dose of yumminess. Is a vegan version achievable?!

Yes, it definitely is. And it doesn’t necessarily mean ditching the coconut oil altogether. Read on to find out how I achieved it!

Now, you might be questioning how you can achieve the taste of white chocolate. Well, it is possible by using one of the ingredients used to make white chocolate itself – cocoa butter (I buy mine online here). If you aren’t able to source it or don’t crave white chocolate as much as me, then you can just sub it for some coconut oil.

I love rhubarb. Originally when I created this recipe we were leaving the forced rhubarb season and entering the field rhubarb season so we were able to find rhubarb in the shops quite easily.

However, if you struggle to find it or just don’t like rhubarb, you can sub it with another fruit of your choice.

I would recommend rhubarb though for its deliciousness, sharpness and colour! Even in its raw form, it looks just like bright pink candy. Once swirled into the cheesecake mix it will create a beautiful balance between sweet and sharp.

I love rhubarb so much I like to add extra to this dessert, especially if I want to dress it up on the plate. So here’s an idea on how to garnish the cheesecake.

Optional topping – roasted rhubarb:
Mix 200g rhubarb (chopped into long pieces), 1 tbsp agave syrup and a thumb-sized piece of ginger grated and juiced (squeeze the juice out of the grated pieces using your hand). Coat the rhubarb and roast in the oven at 180 degrees (fan) for 10 mins covered in foil and then for a further 10 mins without the foil. Serve with the finished cheesecake.

It looks so beautiful and colourful – just what you need to help get rid of the winter blues! 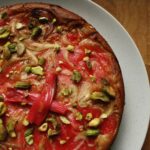 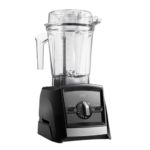 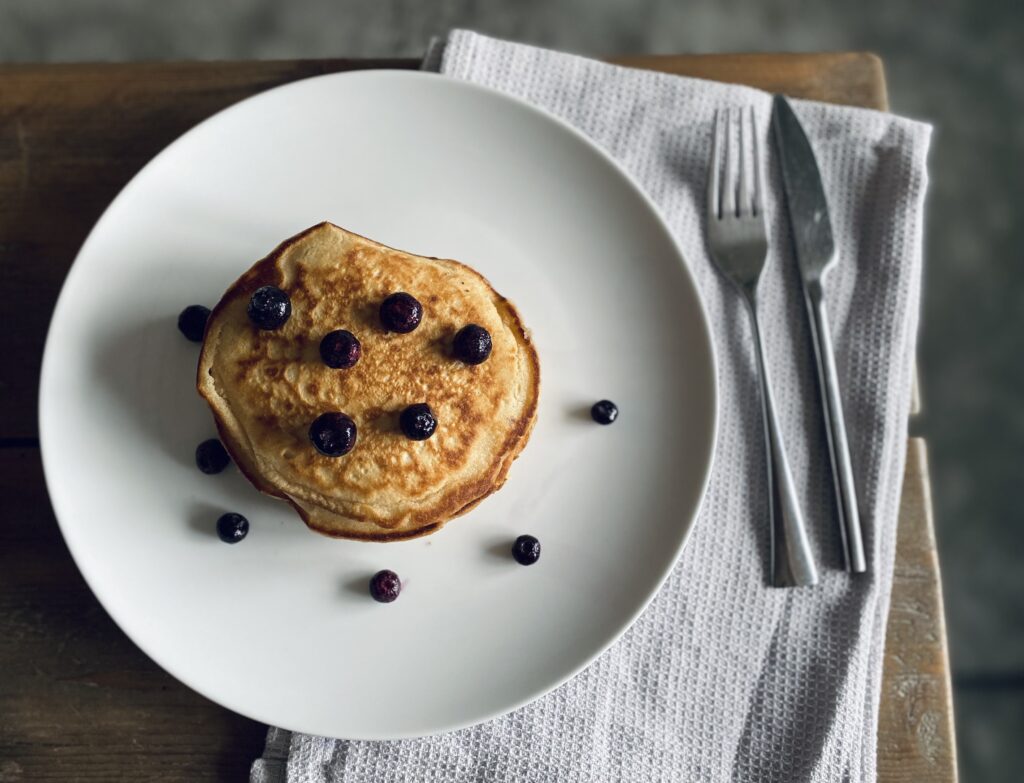 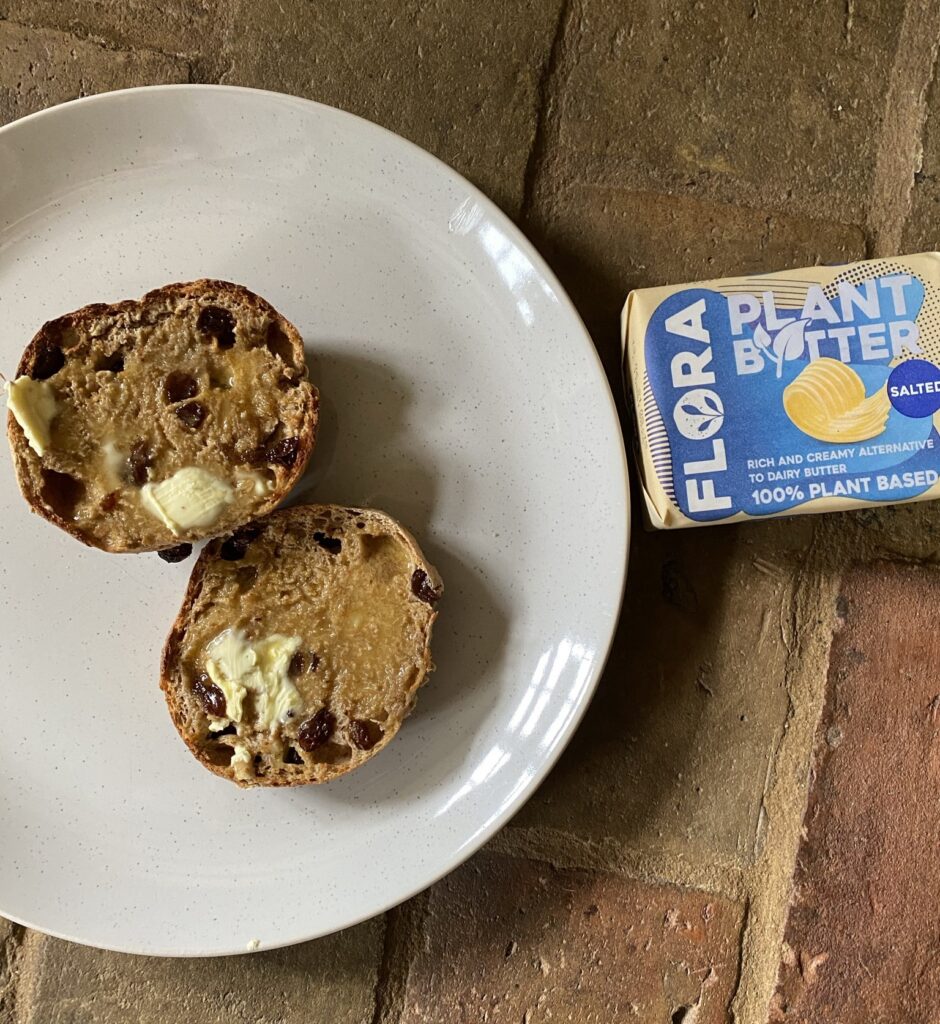 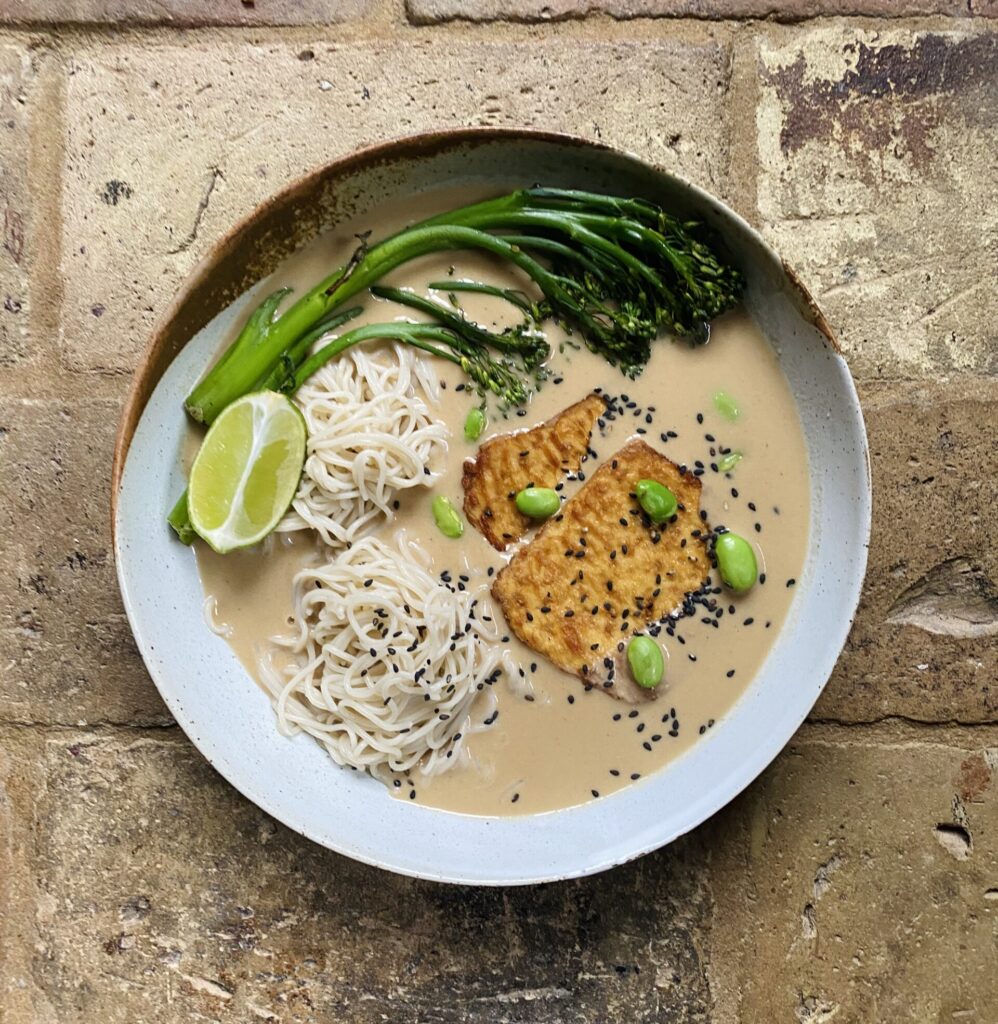